Bizzabo: The Events Company with a Culture that Eats Strategy for Breakfast 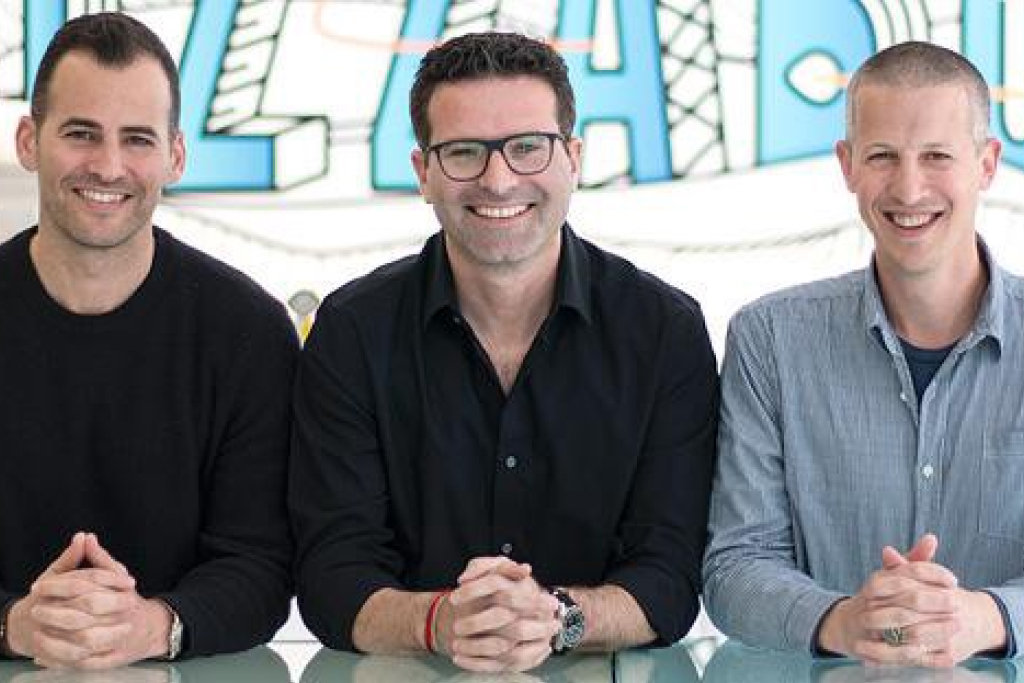 ‍Bizzabo just announced their completion of a $138 million series E funding round and companies around the world are looking at them in awe. The question is: How does an event platform double its revenue and complete funding rounds of this size at a time when people are avoiding large gatherings at all costs?

According to Bizzabo who did JUST that, it takes hard work, tough decisions, confidence, but most importantly: a strong culture.

Bizzabo is an all-in-one platform to create and manage in-person, hybrid and virtual professional events.

Over the last nine years, Bizzabo has grown into the category leader, powering mega conferences for brands like Amazon, Salesforce, Bloomberg and Uber. But of course, when COVID rolled around in March, many industries froze in their tracks, especially those dealing with large gatherings of tens of thousands of people.

That could have been the end of Bizzabo’s business. Like so many other companies in the events space, it would have been easy for them to make cutbacks, play it safe and try ride out the storm. Instead, Bizzabo rose to the challenge, as their co-founder and CEO Eran Ben-Shushan says,

“COVID was yet another leap in our company’s evolution.”

Eran walked us through Bizzabo’s steps to not only survive but thrive during these trying times. First, Bizzabo put what he calls a ‘blanket of love’ on their existing customers who were going through hell as they scrambled to cancel events that they had spent endless time and resources on. Only after Bizzabo secured their existing customers did they look forward- operationalizing working remotely and beginning to forecast the new reality in the event space.

By the 25th of March, only weeks after COVID hit, Bizzabo had launched a fully integrated, native virtual offering for events. This new offering exploded. Since then, the company has grown by 25 new employees and finished quarters with sales triple any previous milestone.

We asked how Bizzabo managed this feat: transitioning the business model to the nascent world of virtual events in such a short period, something Eran aptly described was like “building an airplane as you take off”.

“when I met the founders ten years ago, they were already talking about building a strong culture. I thought they were a bit idealistic to focus on it so early. Fast forward to today and I am convinced their culture enabled them to ride this Covid wave to success.”

The company started with this mindset, when co-founders Eran, Alon Alroy and Boaz Katz started tinkering behind Alon’s parent’s house in the suburbs of Tel Aviv. Rather than order in, the founders made it a ritual to take chances cooking, “we would throw darts and whoever lost would clean the dishes,” chuckles Eran.

Then came the “beer test” which was described as the criteria for their very first hires.

“Would we enjoy having a chat over a beer with them? Only if the answer was yes would we make the hire.”

From the intuitive culture fused in those early days, came the systematic culture the company is known for today.

Now every new hire does a series of meetings discussing Bizzabo’s mission and values to ensure the company culture isn’t just written on a poster but is something that each team member lives by.

And it doesn’t stop there. Every year Bizzabo decides on a value that is the ‘theme of the year’. Throughout the year, the whole company works to better themselves and optimize that specific value. This level of importance placed on culture and inner growth is incredibly rare and unique for early stage companies.

When their full team was working in the office, the positive energy in the air and sense of comradery was palpable. But even while working remotely, the founders have kept an emphasis on team connectivity in novel ways.

And the culture is palpable. Just one look at their Glassdoor ratings shows a company loved by its team members. From Bizzabo’s inception until now, reviews echo the same theme of “Bizzabo prid[ing] itself on being a BizzaFamily with the attributes of a professional sports team at the same time” and having a “positive, friendly and fun yet results-driven culture which is ingrained in the day-to-day employee experience.”

It is their shared values and emphasis on a healthy company culture that sailed them through the COVID storm.

It is the bond between team members, and the willingness to fight not only for your survival, but for your co-worker’s survival, that allowed Bizzabo to face COVID head-on and be the first company to create flawless virtual and hybrid events for millions of people using their platform when going to events, and rehire their employees back from furlough (and then quickly hire new employees to propel growth.)

Today Bizzabo is viewed as the industry leader and authority on how to run virtual, in-person, and hybrid events in a post-COVID era, with a very real culture that will continue to ensure their success.