What Investors Can Learn from The Fall of Elizabeth Holmes 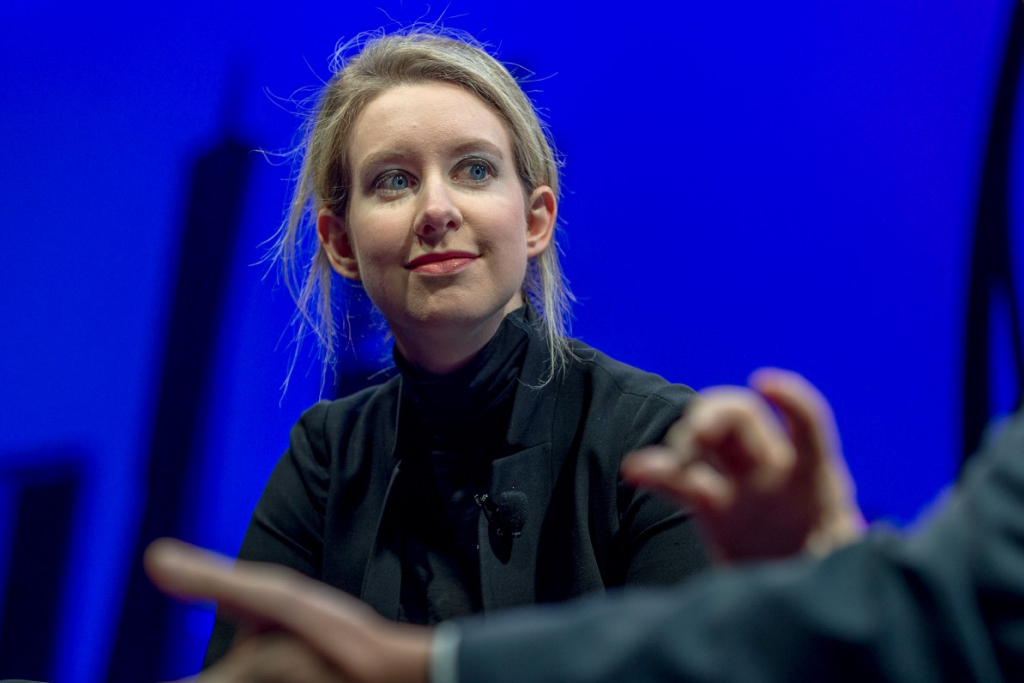 I have been following the case of the infamous Elizabeth Holmes ever since those jaw-dropping WSJ articles hit the news, and with her trial in full swing and my newfound experience in the VC world, what better time to reflect on this bizarre tale of fame, fortune, and fraud of epic proportions.

Holmes was the founder and CEO of Theranos, the company self-anointed as the holy grail of blood testing. She claimed to have developed technology that would enable people to self-perform hundreds of tests- from cholesterol levels to genetic analysis- with a single pinprick of blood.

It was the kind of technology that could revolutionize medicine and save millions of lives…. if only it were real.

Real or not, Holmes managed to secure more than $700 million in funding from investors the likes of Tim Draper, Rupert Murdoch, and Carlos Slim, Theranos was once valued a whopping $9 billion, and the company had partnerships with major players like Safeway and Walgreens.

So just how did this fraud get so out of hand? And what can investors learn from the rise and fall of Elizabeth Holmes?

For me, Holmes acts as the ultimate cautionary tale to investors…

First and foremost, to do meticulous due diligence.

Not in the fluffy “does the founder have the ‘it’ factor” way, but in the deep, technical, and scientific- fact-checking kind of way. When a company makes statements as bold as Theranos, they need to be able to back them up with hard, concrete evidence.

In retrospect, it is almost laughable that those who invested in Theranos did not pick up on just how shallow both the product and its founders were. Once, when Holmes was asked what happens inside her tiny machines that allow them to perform miraculous blood tests, she responded with a comically vague “a chemistry is performed.”

In fact, those few that did do minimum DD were able to avoid a loss of hundreds of millions. Founder of Google Ventures, Bill Maris, once revealed that they passed on investing in Theranos after a team member took a Theranos test at Walgreens. That was all it took to raise the red flags.

Secondly- we should put a cap on just how much founders should ‘fake it till they make it.’

The VC industry is notorious for encouraging founders to set absurdly ambitious goals that only the luckiest will ever achieve. Yet we should always be wary that the ‘faking it’ part does not get too out of hand, lest we set the stage for another Theranos.

In “The Inventor”, an HBO Documentary recounting the Theranos story, an engineer that used to work for Holmes in the early day’s recounts explaining to the company’s leadership that a machine of that size could not possibly be capable of performing so many tests. He was met with scoffs and the feeling that anyone who doubted the Theranos vision (no matter how logical their skepticism) was just not ambitious enough. He left the company soon after. Moral of the story: ambition is great, but not at the expense of authenticity or logic.

Thirdly- never be a sheep.

Back in the early 2010s, Elizabeth Holmes was all the rage, dominating the covers of Forbes, Fortune, and every other business magazine imaginable.

The startup world was in awe, as John Carreyrou, the WSJ reporter who investigated Holmes and Theranos wrote,

“There was a yearning to see a female entrepreneur break out and succeed on the scale that all these men have: Mark Zuckerberg, Larry Page and Sergey Brin, Steve Jobs, and Bill Gates before them.”

The narrative was so perfectly alluring, that following the Holmes craze was far much more desirable than questioning it. But her sudden and shocking fall from grace was the wakeup call needed to remind us that no matter how easy it is to go with the crowd, stop, think, and make independent decisions based on your fundamental values and beliefs rather than ‘what’s hot right now'.

Lastly, and arguably most importantly- while we need to encourage founders to break some rules on their way to reaching their full potential, these rule breaks should never, ever be ethical ones.

As Holmes’s trial continues and we come face to face with her victims- not only investors who lost hundreds of millions, but misled patients- including those who received false HIV positive results, those who were told that they miscarried during healthy pregnancy, and those who thought they had cancer despite being the picture of health.

The trial will serve as a stark reminder to investors- to always question the overhyped founders, always do independent due diligence, and always choose substance over glitz and glamor.