What’s in a Name? In the Startup World, A Whole Lot 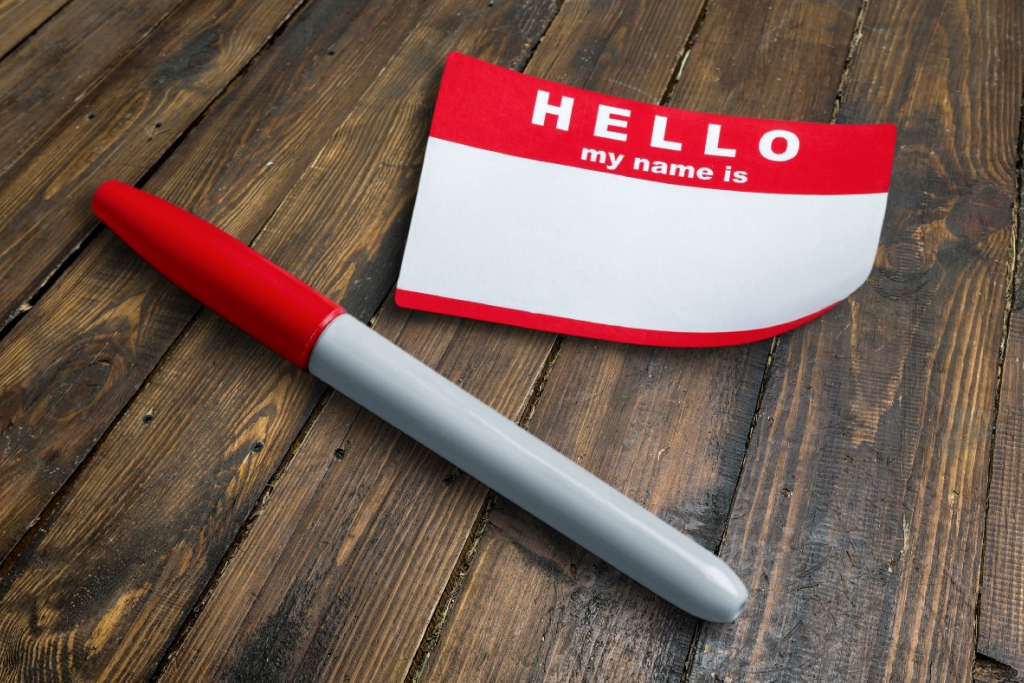 Though Shakespeare may have believed a name is but a placeholder, we know just how important it is to find the right title for your startup.

Naming your business can be a tricky and time-consuming process. The wrong name can greatly impact your business, turn off clients, and result in legal woes while the right name can be that tool that helps catapult your startup to the spotlight.

We broke down some tips and stories from our Managing Partners who have seen countless startups with countless titles pass through their doors, and some of our CEOs who have had their own woes and triumphs from their naming process.

Give It the Attention it Deserves at the Beginning

First and foremost, founders ought to give the naming process the attention and time it deserves. It is easy to flippantly choose a placeholder name and rather focus on building your product, but ultimately this may lead to a sticky situation. As a startup, you do not have endless resources to go into branding and building up your startup’s name is essential for market recognition.

“When you choose a name in a hurry and realize later on that it’s not that suitable, it can cause real issues down the line. Rebranding is the headache you do not want as a young startup and can greatly hurt the reputation you’ve worked hard to build.”

Don’t Try To Please Everyone

It goes without saying that you want people to like your company name, but there is a fine line between finding the right name and trying to please everyone. Crossing this line can bring you to murky territory.

A perfect example of this, brought by our Managing partner Barak Rabinowitz, is the gaming company ‘Bwin.Party’, borne from the merger between companies Bwin and PartyGaming. Though they may have pleased many people by including both names in the new title, customers desire a real name, not a mesh between identities. Bwin.Party never landed up reaching its full potential and was acquired. Many maintain it was the new and confusing name that led to their downfall.

Wanting to please everyone can also lead to a name that is neither here nor there, and lacks a strong identity, as Barak says,

“your name will never please anyone, in fact if it does please everyone it’s probably too bland.”

Startups pivot, it is inevitable. To this end it is very important not to pigeonhole yourself with a name that may ultimately be too specific for the direction in which your business will land up.

One of our Portfolio Companies that went through this problem is VOOM insurance. At first, VOOM was called Skywatch.ai and their insurance was limited to drones. However, with their success in drones they decided to launch other verticals, such as insurance for e-scooters, motorcycles and fleets.

“Just like that, our name became a limiting factor, we decided to go for something more inclusive and switched over to VOOM. VOOM is a short and clear name that really represent what we are all about — smart and easy insurance for everything that moves.”

This is a clear example how important it is to leave some wiggle room when you name your startup that allows for your inevitable pivots.

One of, if not the most vital aspect of your name is its memorability. This is more important than a name’s meaning or sentimentality and can greatly increase the chance of your company’s success. A display of the effect a memorable name can have is Monday.com, one of Israel’s unicorns with a valuation of $2.7 billion and growing.

Monday was not always called as such, in fact for many years it was known as daPulse. That is until F2 Managing Partner Jonathan Saacks suggested they change their name.

Jonathan, who was the lead investor in Monday at Genesis at the time, made a huge impact on the company’s future, all by suggesting the powerful new name.

When I asked why ‘Monday’, he explained:

“At first I suggested Monday because I noticed that the company’s strongest day was on Monday in terms of signups and revenue. It was no easy sell, most people opposed the name because of the negative connotations that go with first day work week. But I’m happy to say they did choose it, and the main reason was because they realized it’s easy for people to remember- you go into work on Monday morning, and you will not forget to download Monday to help you face the week.”

And so, the name was changed around 4 years after the company began. Though Monday was already on a positive trajectory, this name-change escalated growth dramatically.

URL Is Not the Be All and End All

A lot of articles stress the importance of the perfect URL, with some even suggesting you chose your company named based on which URL is available. While a URL is definitely something to pay attention to, it should not dictate your company name. As Jonathan explains:

“Rather find a name that works then seek the best URL, you can always find variations of URLs that work later on.”

Make Sure it Works in Other Languages

An aspect that is less thought about, but absolutely vital is ensuring your name works in all languages. Some names which may seem perfect in English, could be offensive in another country, and if that country is included in your target market, the name could kill your business before it gets off the ground.

A classic example of this occurred when Coca-Cola first launched in China and was read as “Kekoukela,” which means “bite the wax tadpole” or “female horse stuffed with wax” depending on the dialect.

As you can imagine, sales were not as they had hoped. Coke then researched over 40,000 characters and eventually settled on “kokou kole”, meaning “happiness in the mouth.”

There are many other considerations when it comes to naming your startup, but this list is a good start. Remember that in the startup ecosystem, there is a great amount riding on the name you chose, so give it the consideration and priority it deserve.